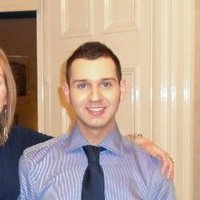 Steven Veerapen was awarded a 1st Class Honours degree from the University of Strathclyde, before graduating with Distinction on the MLitt Renaissance Studies. He was awarded a PhD from Strathclyde in 2014, for a thesis focussing on slander and sedition in Elizabethan law, speech, and writing.

Academic research interests include early modern libel, slander, and reputation, and representations of Anglo-Scottish exchanges up to and immediately following the Union of the Crowns. His next academic study will focus on the life of Anne of Denmark, provisionally titled 'Anne of Denmark: Queen in Two Kingdoms'. As an author, he is also interested in the links between academic research, creative nonfiction, and fiction.

Steven writes popular non-fiction, with books published on Mary Queen of Scots' relationship with her brother, and Elizabeth I's relationship with the Earl of Essex. He has also had published two historical novel trilogies and a standalone historical fiction based on the life and death of Henry, Lord Darnley. His next novel will focus on the death of Elizabeth I and the accession of James VI and I.

Bachelor of Arts, University Of Strathclyde

Master of Letters, University Of Strathclyde

Blurred lines: the ever-decreasing distinction between fiction and nonfiction