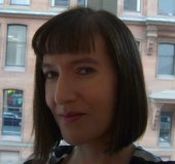 My primary areas of research interest are neo-Edwardian and Edwardian literature and culture, life writing, and relationships between architecture and the humanities.

I am currently Vice-Dean (Postgraduate) in the Faculty of Humanities and Social Sciences. I represent the university on the Executive Commitee of the AHRC Doctoral Training Partnership Scotland and the Scottish Graduate School for Arts and Humanities.

I am a literary critic and cultural historian. My principal areas of research interest are neo-Edwardian and Edwardian literature and culture, life writing, and the architectural humanities, from the later nineteenth century until the present.

Within, and between, these areas, I have worked on topics including women's diaries; neo-Victorianism; literary adaptation to film and television; Italian-Glaswegian cultures; Victorian and Edwardian spiritualism; a British Academy-funded conference, Architexture: Textual and Architectural Spaces, with the Department of Architecture; an ESRC seminar series, Nostalgia in the 21st Century, with the Department of Marketing.

I am currently writing a monograph on neo-Edwardianism, and commencing a new project on the life and work of the historian and educationalist Dorothy M. Meads (supported by a Carnegie Research Incentive Grant). I am also preparing the essay on D. H. Lawrence and architecture for Catherine Brown and Sue Reid (eds.), The Edinburgh Companion to D. H. Lawrence and the Arts (Edinburgh University Press, 2020).

- The Private Self: Forms and Traditions of Life Writing (year 3 option)

- I also contribute lectures to the 1st-year class, to the 2nd and 3rd-year core classes Enlightenment to Romanticism and Twentieth-Century Literature, and to the year 2 History class, Glasgow: History, Culture and Identity. I have previously led a year 2 class in Literary Theory.

I have been nominated for five Teaching Excellence Awards by Strathclyde Students’ Union.

I am a Fellow of the Higher Education Academy (FHEA).

I would welcome enquiries from potential research students wishing to work in any of the areas listed under ‘research interests’. Below is an indicative list of current and previous supervisions.

Craig McLean - 'The Literary Architecture of Edwardian Suburbia'. Funded by a faculty studentship.

Roseannah Murphy - ‘The Literary Landscapes of Post-Industrial Glasgow: deindustrialisation, cultural policy and the postindustrial novel’. Funded by an AHRC studentship.

David Rush - ‘Glamour, Politics and Personality in the Mid-Century Middlebrow: the fiction of Nancy Mitford’. Funded by a faculty studentship.

Souhir Zekri - 'Myth and Life Writing in the Fiction of Marina Warner'. Funded by a British Council studentship.

The Regiment of Women: neo-Edwardian suffrage narratives and women writers of the 1910s

Prize: To be assigned