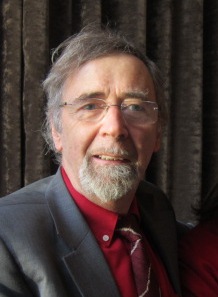 I first came to Strathclyde in 1963 as a student, graduating with a First in Economics in 1967. I then studied at Simon Fraser University in Canada before obtaining a senior research post at Glasgow University's Department of Latin American Studies, 1968-70, followed by a year in Colombia where I pursued research for my PhD. In 1971 I rejoined Strathclyde in 1971 as a Lecturer and have been on the staff since then, but with lengthy interludes abroad: six years at the National University of Singapore; three further years in Latin America (on assignments to Colombia, Brazil, Chile and Peru); and shorter periods in Sweden (Lund U.), Tokyo (Sophia U.); and Beijing (Renmin U.). I was Managing Editor of the Journal of Economic Studies, 1973-82. My teaching has concentrated on international economics and monetary economics. I worked closely with the distinguished Harvard economist and New Dealer, Lauchlin Currie (1902-93), who was the top economist at the Fed, 1934-39, President Roosevelt's White House assistant for economic affairs, 1939-45, and Head of the US Foreign Economic Administration. I am his biographer (The Life and Political Economy of Lauchlin Currie, Duke University Press, 1990). In "retirement" I am working on the life of Currie's Harvard mentor, Allyn Young (1976-1929). I am also President of the Scottish League for Land Value Taxation.

Doctor of Philosophy, UNIVERSITY OF STRATHCLYDE

Bachelor of Arts, UNIVERSITY OF STRATHCLYDE

Open Access
File
Development planning
Unbalanced growth
Economic history
Economists
Big push
Your message has successfully been sent.
Your message was not sent due to an error.
If you made any changes in Pure these will be visible here soon.