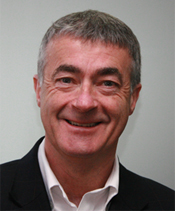 In 2011, I joined Strathclyde Business School as a Professor of Management in the Department of Strategy and Organisation. I have held Professorial positions at the Universities of Warwick, St Andrews, Malta and the Sir Walter Murdoch Chair in Management and Governance at Murdoch University, Australia.  Across these institutions I held the positions of Dean, Head of School, Head of Group and Chair of Department. I hold a Bachelors degree in Economics, a Masters degree in Business Analysis and a Doctorate in Corporate Strategy.

My main research focus is on how organisations learn about how their future might unfold and how they might prepare their current strategies to cope. Over the years, my research output has covered organisational turnaround, fast growing SMEs, sector studies (e.g., Jute, Automobiles) and public policy. This research has appeared in top journals in the US and in Europe and has won several journal and conference prizes. I have authored, co-authored or edited 8 books, including the best seller Sharpbenders and Strategies of Growth, Inside Fortress Europe, Inside the Omani Corporate Culture, Strategic Leadership: Governance and Renewal and Hidden Champions in Central and Eastern Europe and Turkey. Currently, I sit on the Boards of several academic journals. Also, I have won competitive grants from major organisations e.g., DTI, European Commission, Singapore Government.

I have worked with a range of blue chip organisations around the world in strategy and marketing e.g., IBM, BP, Philips, Jardine Matheson, Reed-Elsevier, Siemens-GPT, Marks and Spencer. Additionally, I have held many Board positions in the private and public sectors e.g., the Association of Business Schools (ABS), and chaired those of major public bodies e.g., West Lothian FE College. I have directed a host of scenario planning projects on 4 continents for governments, cities, regions and organisations in the private, public and third sectors.

I have been President of the British Academy of Management (BAM) and of the European Academy of Management (EURAM), where I co-founded the journal European Management Review. In addition, I hold Fellowships of the BAM, the EURAM, the Governance Institute of Australia, the Institute of Chartered Secretaries and Administrators, the Academy of Social Sciences, the Royal Society of Arts and the Chartered Management Institute. I am an inaugural Companion of the Association of Business Schools (UK). In 2008,  I was awarded an inaugural Companionhip of the Association of Business Schools; in 2013, I was winner of the CEEMAN "Institutional Champion of the Year" prize and in 2015, BAM honoured me with the Richard Whippp Life Time Achievement Award.

I operate as a part time professor at Strathclyde, and I hold the APS Bank Chair in Strategy at the University of Malta, a Distinguished Adjunct Professorship at Vesalius Collge, Vrje University of Brussels and a Fellowship of the Asian Research Centre at Murdoch University, Australia.

Also, I am keen on all sporting activity and hold a full University blue from St Andrews, where I was Chair of the Athletic Union for a nearly a decade.

At Strathclyde previously, I have been  Interim Head of Department of Management, Co-Chair of the EURAM conference, and Director of Post-Graduate Research Students in the Department of Strategy and Organisation. Currently, I am the Global Director of the MBA for the Business School.

Doctor of Philosophy, University of Surrey