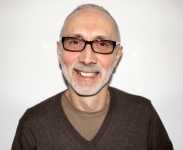 Miles Houslay is internationally recognised for his work in cell signalling. He is particularly interested in understanding how the functioning of cyclic nucleotide signaling networks are regulated by spatial constraints and cross-talk. His research focus concerns the functional significance of targeted cAMP degradation by PDE4 phosphodiesterase isoforms and developing novel therapeutics for diseases such as COPD, cancer and schizophrenia. He has published over 440 research papers, holds a number of patents and has acted either as a consultant or served on scientific advisory boards of various companies in Asia, Europe, Japan, UK and USA. He has a research publication H-index of 77 (January 2013).

Open Access
File
Type 4 Cyclic Nucleotide Phosphodiesterase
Dimerization
Catalytic Domain
Protein Isoforms
Peptide Library
Your message has successfully been sent.
Your message was not sent due to an error.
If you made any changes in Pure these will be visible here soon.