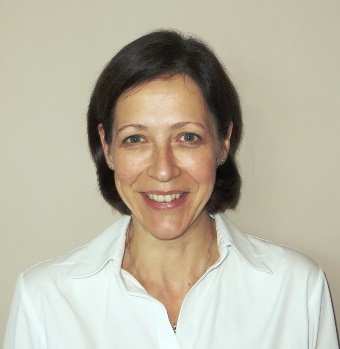 Madeleine joined Strathclyde in 2000 having previously worked at the University of Glasgow, the University of Edinburgh and the MRC Human Movement and Balance Unit in London. She is a Chartered Psychologist and an HCPC registered Sport and Exercise Psychologist. Her research focuses on developing and evaluating rehabilitation programmes for stroke survivors, and she is also interested in how perceptuo-motor control changes with age.

Ageing.  Age-related changes in perceptuo-motor control and the extent to which perceived movement abilities change the activities older adults engage in.

Modelling the timing of body movements.  Developing and testing the tau-guide model of the timing of motor actions. Exploring the extent to which the temporal control of movement is similar to other forms of timing such as the perception of a time interval.

Chief Scientist Office 'Feasibility of a randomised controlled trial of a community based, cycling exercise programme to improve physical and psychological outcomes in stroke survivors' £101,307 to M.Grealy (PI) and P.Rowe (2014-2015)

EPSRC/Strathclyde University ‘Bridging the Gap’ award of £20,000 to H. Carswell, M. Grealy, P.Rowe & B.Conway for ‘What are the optimum rehabilitation tasks and doses for promoting stem cell function after stroke? ’ (2012)

EPSRC ‘Bridging the Gap’ University Award of £10,320 to M. Grealy, A. Thomson & B. Stansfield for ‘Minimizing the risk of exclusion: effective older adult interaction with technology-based exercise machines.’ (2009)

EPSRC award for £347,363 to A.Nicol (PI), M.Grealy, B.Conway, A.Macdonald and P.Rowe  for a project entitled ‘Integration of biomechanical and psychological parameters of functional performance of older adults into a new computer aided design package for inclusive design’ (2001-2005).

Doctor of Philosophy, University of Edinburgh

Master of Philosophy, University of Chichester

Bachelor of Science, University of Liverpool

Aging and the prevalence of ‘ironic’ action errors under avoidant instruction

Adaptation and self-management after stroke: exploring the application of the Selection, Optimisation and Compensation model

How exercise changes your brain