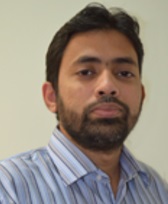 Fahim Ahmed has recently joined the Department of Management Science as a Teaching Associate. His areas of expertise are mainly in Discrete Event Simulation and more broadly in the use of simulation methodologies within service operations.  He attained his doctorate from Loughborough University, UK, in 2015. His PhD thesis was focused on the adaptation of computer science methodologies in simulation conceptual modeling.

Previously, he has worked for the Automation and Control Department of Chalmers University during the development of software package for automatic synthesis of control systems. He was selected to complete his master’s thesis at Volvo Cars Corporation, Sweden, in Active Safety Department. Following that, he spent two years as a postgraduate research student at the Department of Computing and Software, McMaster University, Canada, where he mostly studied the formal aspects of control systems. Fahim is a member of the Operational Research society and has been actively engaged in research and teaching throughout his postgraduate career. He has so far published in major simulation conferences and journals including Winter Simulation Conference, Simulation Workshop series (SW12 and SW 14), IEEE virtual reality conference and Journal of Discrete Event Dynamics from his research works.

Currently, he is also involved in a project from NHS (funded by Scottish government) along with Gillian Anderson and Robert Van Der Meer at the department of Management Science (Healthcare Operations group).

Use of videos in teaching OR courses