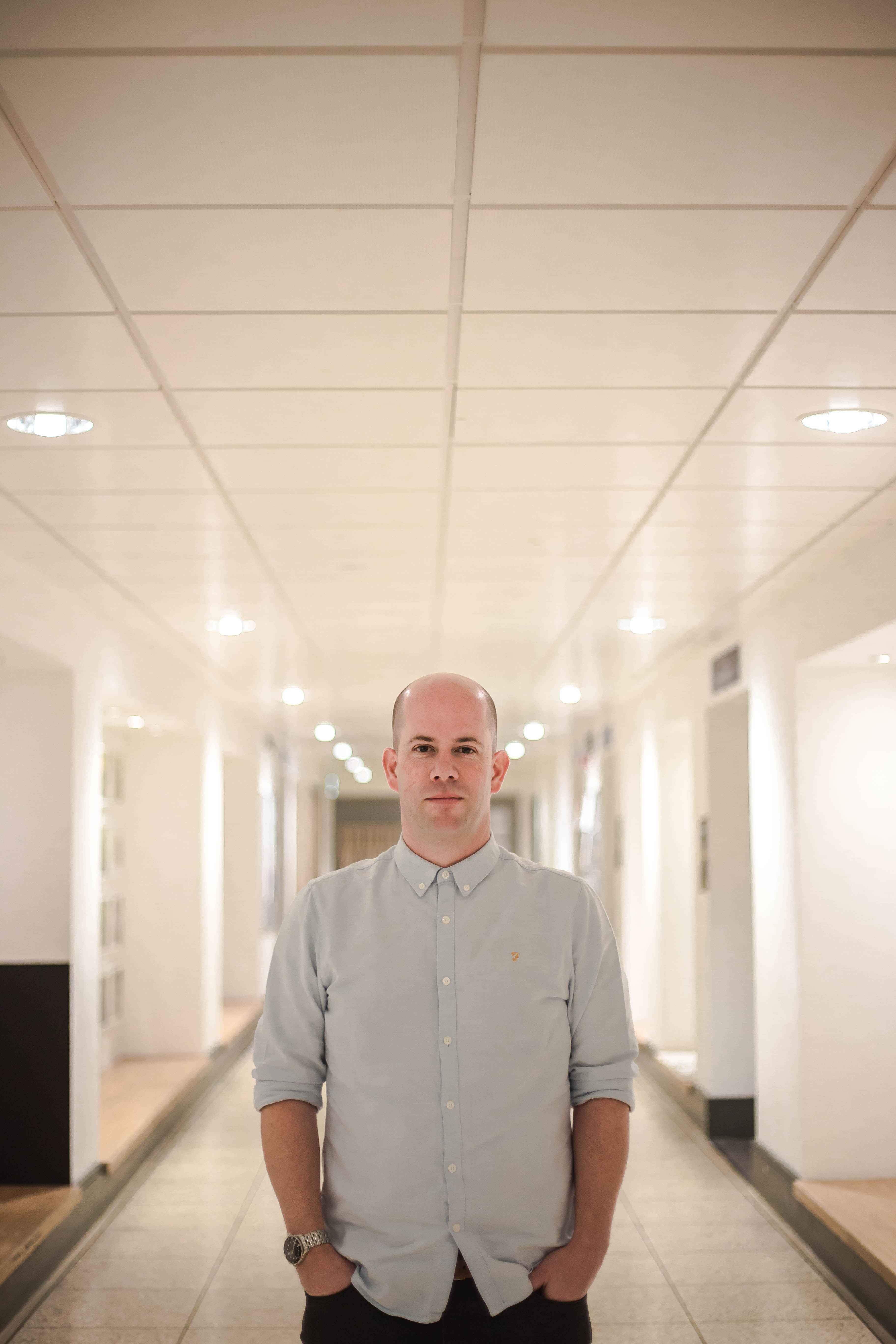 Derek is the Course Director for both the Undergraduate and Postgraduate Programme aswell as being one of our Year Leaders within the Department. He regularly runs a Studio Unit in Years 1 and 3 and teaches elective classes in Year 2 and option classes in Years 4 and 5. In addition, Derek is the department representative to the GIA and coordinates our Strathclyde Architecture International School (SAIS).

Derek continues to engage his Year 1 cohort in a series of 'live' projects and, through our ongoing relationship with Wiston Lodge, he has delivered over 70 full scale structures as part of the live build initiative our Year 1 students experience in the first six weeks of their studies. Elsewhere, Derek has developed a network of visual artists, including Turner Prize winner Martin Boyce and Toby Paterson who serve as 'client' for Year 1 students as they respond to the task of designing a small gallery for the visual arts in Semester 2.

In Year 3, Derek's Studio Unit deliver the narrative of the 'Performance Factory' through which students are first challenged to consider reuse strategies for the abandoned, raised train line from the southside through the edge of the city centre. From here, they use these outline proposals as the catalyst in identifying sites along the route to locate a public building with a performance driven programme. Students then prepare and produce their 'Undergraduate Thesis' and respond carefully to the factory analogy as they create spaces for both the production and consumption of performance. In March 2016, Derek was asked by A+DS to exhibit elements of the Unit's work in Gallery 1 of the Lighthouse.

Derek has developed a Special Studies Project in Year 4 titled 'Projects through Collaboration' which sees students from the Department work with invited practices and industry clients to deliver stalled projects. Running between 2013 and 2016 and again in 2018, Projects through Collaboration has engaged with industry contacts on over 20 projects, ranging from resourcing Dress for the Weather's Pub Typology Paper in 2014 to the conversion of a disused static caravan into a revenue generating teaching space (2016). The process output from the 2015/2016 session was the subject for a three week exhibition for A+DS at the Lighthouse.

During session 2016/2017, as Derek reflected on three years of the Collaboration class, he assisted Department colleagues to run another Year 4 Class which saw the return of the Department's End of Year publication as well as a series of exhibitions and events across the academic session.

In Year 5, Derek has written a new Mentoring Class (Mentoring and Architectural Pedagogy - MAP) which promotes peer learning within our student population. Aligned to his own studio sessions, the Year 5 Mentors work with Derek to offer advice and the 'inside track' to Year 1 students in a series of skill based activities which explore the idea of MAPPING in architecture and Design. Year 5 students engaged in the process are asked to provide a reflective document on their experiences - both through their studies and their involvement in the class.

As a Masters Supervisor, Derek has overseen student projects which have engaged with the Merchant City Festival (ChalkTalk 2015) and the RIAS Festival of Architecture (the City / the Land 2016) (Critical Path 2017).

As coordinator of our SAIS programme, Derek has welcomed students and staff from Veritas University in San Jose, Costa Rica and IMUT in Hohot, Inner Mongolia to take part in separate, two week activities. Both sessions were themed THE CITY and THE LAND and allowed participants to explore urban and rural contexts and landscapes while engaging with design practices (McGinlay Bell, TAKTAL, Hoskins Architects, GIA) in a series of workshop events. Through this, the GIA asked Derek to host a guest lecture by architect and educator Adrian Aguilar from Veritas who talked about his heroes in Latin American Architecture.

Bachelor of Science, University Of Strathclyde

Teaching
teacher
Your message has successfully been sent.
Your message was not sent due to an error.
If you made any changes in Pure these will be visible here soon.