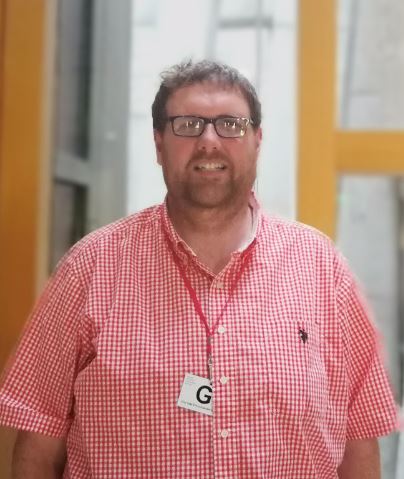 My research aims to develop improved diagnostic tests for clinically important conditions such as, drug resistant bacterial infections, sepsis and cancer.  In the group we work on a range of sensor systems, from high value microfabricated sensor systems through to low cost devices for use in resource limited settings.

Current projects under my supervision include -

I joined Strathclyde in 2016 as a Chancellor's Fellow in Health Technologies and became a Senior Lecturer in the Department of Biomedical Engineering during 2019.  I have a background in biological and chemical sensing having obtained a PhD in Bioanalytical Chemistry from Cranfield University followed by periods of Post Doctoral research at Southampton and Edinburgh Universities.  Past achievements include development of an assay for MRSA which was patented and licensed for development, the award of a Longitude Prize Discovery Award during 2017 for a project called "Microplate" and with colleagues from the University of Leeds, development of a microelectrode sensor for prompt diagnosis of sepsis.

I also have expertise of electrochemical sensing in harsh and extreme environments and aqueous & non aqueous electroplating techniques.  Prior to joining Strathclyde, I was involved in developing a microelectrode sensor for use in nuclear fuel reprocessing (as part of the EPSRC sponsored "REFINE" project) and was involved in comissioning an open access national facility for nuclear fuel reprocessing research at the University of Edinburgh.  During these projects I developed strong links with the National Nuclear Laboratory and carried ot experiments at NNL Central Lab - Sellafield.

I am module leader for BE915 - Medical Science which is a module taught within MSc Biomedical Engineering.

Validating Serum Diagnostics for Early Diagnosis and Stratification of Glioma

A review of microfabricated electrochemical biosensors for DNA detection

Data for: "Establishing a Field-Effect Transistor Sensor for the Detection of Mutations in the Tumour Protein 53 Gene (TP53)—An Electrochemical Optimisation Approach"

Development of electrochemical biosensors for the detection of sepsis and improved antimicrobial susceptibility testing.